To hear Australian association executives talk about national governance structures, you’d think that the Australian Constitution was the source of all evil.

‘We’re over-governed!’ they cry. ‘If only the States would just get out of the way,’ they complain.

However, its soon apparent that they are talking about their national federated associations, not the Commonwealth government. Historically, the structure of national not-for-profit organisations has tended to mirror that of the Australian federated system of government. However, new structures are emerging and organisations are finding novel ways to work around outdated federated structures to deliver change at a national scale.

What is a federation?

According to the Dictionary of Non-profit Terms and Concepts, a federation is ‘a formal, enduring, coalition of largely independent non-profit groups established to realise such advantages as coordination of activities, development of collective strategies, and sharing of facilities or resources. A federation is itself an organisation with a clear membership, leadership structure and unique name.’ (Smith, 2006)

As the definition implies, federations are formed to unite state-based organisations around common interests and to realise efficiencies that come from pooling resources and working together. They work best when the majority of the business of the association is conducted at the State level as was the case throughout most of the last century.

In theory, federations are a good idea:

Worldwide, there is a shift from national to global (for now) and from state to national

International accounting standards have now replaced national standards for the preparation of financial statements upon which markets depend.

What was once the responsibility of the states was transferred to the Commonwealth in 2008.

‘We’re trying to push a single national economy in Australia’ a regulator told me recently. There is change afoot in social policy areas as well. While health and education are two political footballs currently in play between the state and federal governments, they will land one day. They haven’t yet but the smart money is betting on more power going to the Commonwealth in the absence of serious tax reform.

In an era of globalisation and digitisation, State-based organisations seem like quaint relics of a bygone age. Australian not-for-profits should consider how they will remain relevant and effective in this new national landscape.

While locally-elected representatives might be in closer touch with State-based needs, they can lack the vision and perspective needed to manage a national not-for-profit. Variation among States is fine, so long as you are not looking for national consistency in the way members are served or programs delivered. And, given the fiscal imbalance between State branches, there is not much real competition for truly innovative ideas.

There can be a conflict between the interests of the State members and the national federation, placing State-based presidents who are appointed to national boards in an untenable position (and potentially in violation of the Corporations Act). Maintaining representative boards made up of State-based directors, deprive national boards of the skills they sorely need.

And, because State-based board members have more pressing local concerns, the CEOs of national federations can lack much-needed support. While States might have come together through a federation to realise operational efficiencies, there can be tremendous overlap and duplication among the States, particularly in the area of executive management and facilities.

So, if federations have had their day, what are the alternatives?

If you’re starting from scratch, it’s comparatively easy to set up a unitary national organisation.

However, the reality for many Australian not-for-profits is that they have history to contend with and federated structures can be resistant to change.

A popular move at present is to replace national representative boards with skills-based boards (whilst relegating the State presidents to a ‘nominating committee’ or ‘electoral college’ role). Some advocate for a ‘Lead-State’ model where national functions are delegated to a single State member to manage on behalf of the federation.

Still, others propose a very simple change such as appointing someone other than the State president to sit on the national board, to remove the conflict of interest at an individual level, if not at an organisational one. However, as minimalist as they are, all of these strategies require governance change of some sort.

The truth is that it is notoriously difficult to change the governance arrangements of a federation.

If just one of six or eight State and Territory members object, the whole governance project could be scuttled in the name of self-interest. Either organisations believe they are better off within a federation (as most small States do) or State presidents might be reluctant to give up the prestige and travel perks associated with serving on a national board.

I favour a more gradual approach.

Before attempting large-scale governance change, it might be better to pilot new ways of working together.

National task forces can be struck in response to national challenges.

National leaders can be recruited to lead them because they don’t require the multi-year commitment that joining a board does. And talented staff can be seconded from both national and State-based organisations to join high performing national teams.

If a national taskforce can deliver a big national outcome, the case for change will already have been made. What shape that change takes can then be determined. It might be a services company that sits alongside the federation to run some common functions. Or, it could be a completely new national organisation to replace the old.

Regardless, it’s time to consider new ways to make change at the national level.

Thinking about making governance changes in your organisation? Consider the importance of consultation.

Our approach rests on the simple premise that our clients, their boards, staff and stakeholders already have all the experience and know-how to solve their problems. Our job is to draw out that expertise through research and facilitation and harness it to move the organisation forward. If you would like to know more about our services or how we may be able to advise you, please contact me here. 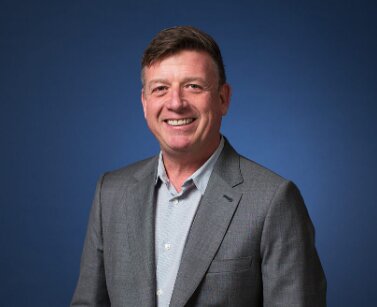 Randall Pearce is one of Australia’s foremost experts in not-for-profit management. A former association CEO, management consultant, board chair and executive coach, Randall has worked to maximise the performance and governance of some of the nation’s top peak bodies, associations, NGOs and government agencies.